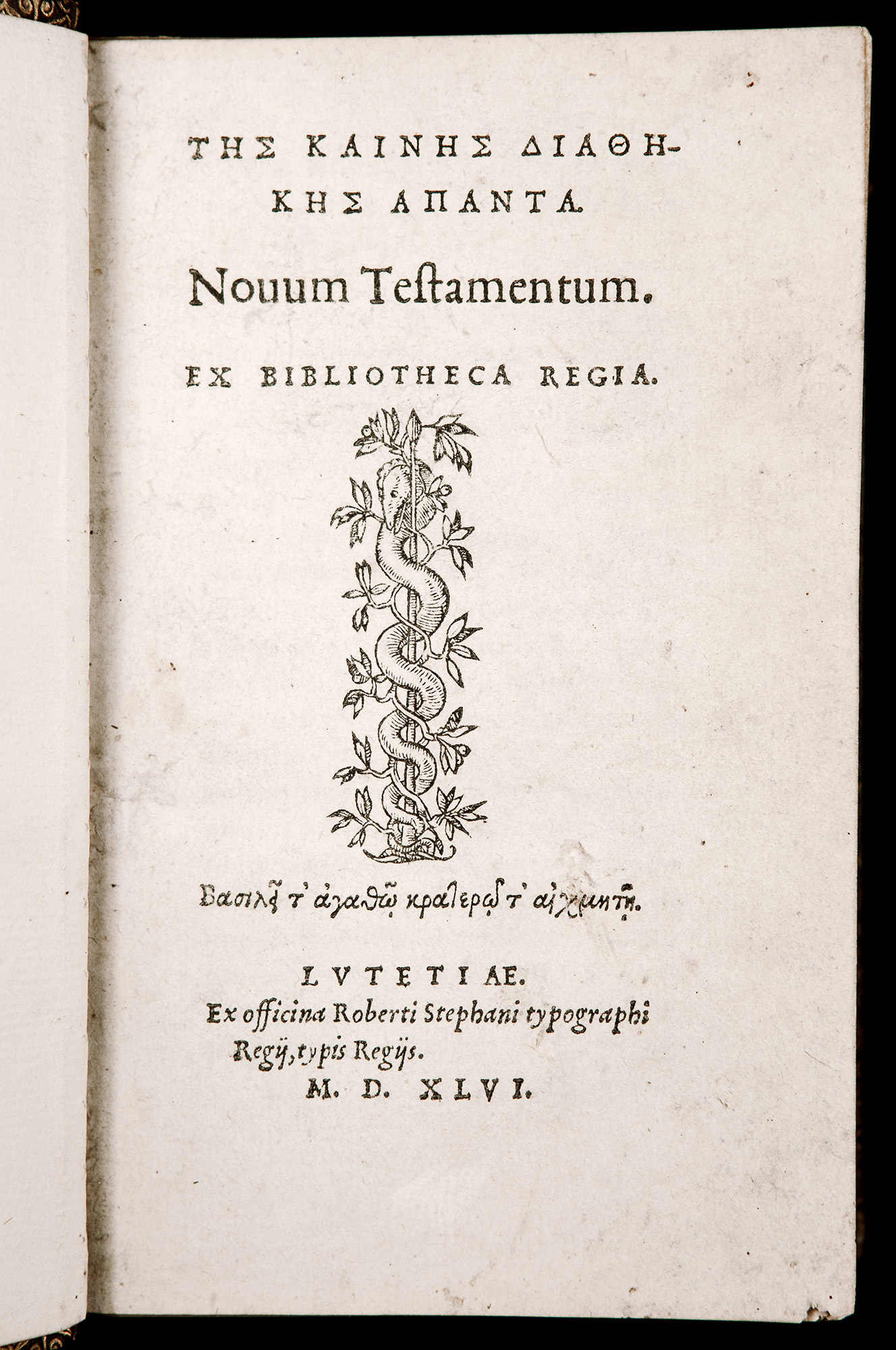 THE FIRST ESTIENNE GREEK NEW TESTAMENT, and the first book issued from the Royal Press established by King FranÃ§ois I to use the newly designed and smaller 'cicÃ©ro' font of the celebrated grecs du roi.

This 1546 edition is also known as the 'O mirifica' edition, from Estienne's preface beginning "O mirificam Regis nostri optimi & prestantissimi principis liberalitatem", in which the printer praises the King for commissioning Claude Garamond to create a new Greek font in order to produce volumes in small format.

Robert Estienne based the text on a comparison of the Complutense and the Erasmian editions with sixteen manuscripts. This collation was made by Robert Estienne's own son, Henri.

Two volumes bound in one thick 16mo tome, leaves measure 13 cm x 8 cm (with large margins; this is one of the largest copies recorded in the trade in the last few decades!) Attractively bound in an early 19th-century blind-tooled morocco, spine with raised bands, blind-tooled and gilt-titled in compartments. Gilt-tooled turn-ins; marbled endpapers; edges gilt.

Title-pages to both volumes with woodcut âBasiliskâ devices (Estienne's mark as the royal printer in Greek), also with Estienneâs âOlive Treeâ device at the end of the 2nd volume (leaf zz8v); numerous grotesque and foliated headpieces and initials.

Text in Greek throughout, except for Estienneâs dedicatory preface (leaf a2r,v) which is in Latin. Errata (zz5v) and colophon (zz6r) at the end.

Title-page with an early (17th-century?) ownership inscription (inked out) of the Capuchin monks of Portogruaro (in Veneto, North-Eastern Italy).

Near Fine. Complete. Binding slightly rubbed with minor edge-wear. Internally excellent, with only some very infrequent light marginal soiling and a few very minor spots. A former ownerâs armorial bookplate to front pastedown, and an ownership signature to front fly-leaf. In all, a very attractive, clean, bright and solid example with wide margins. 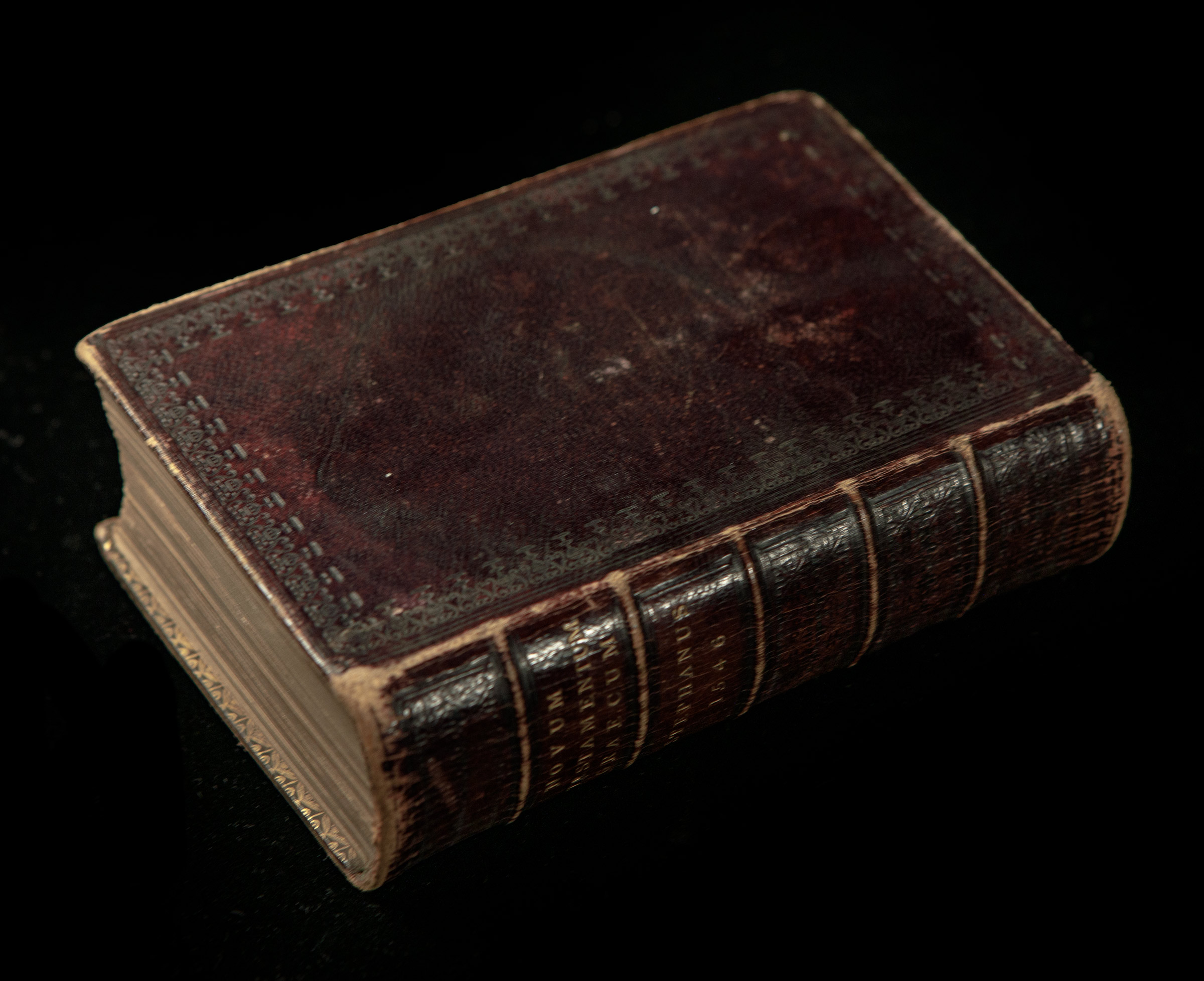 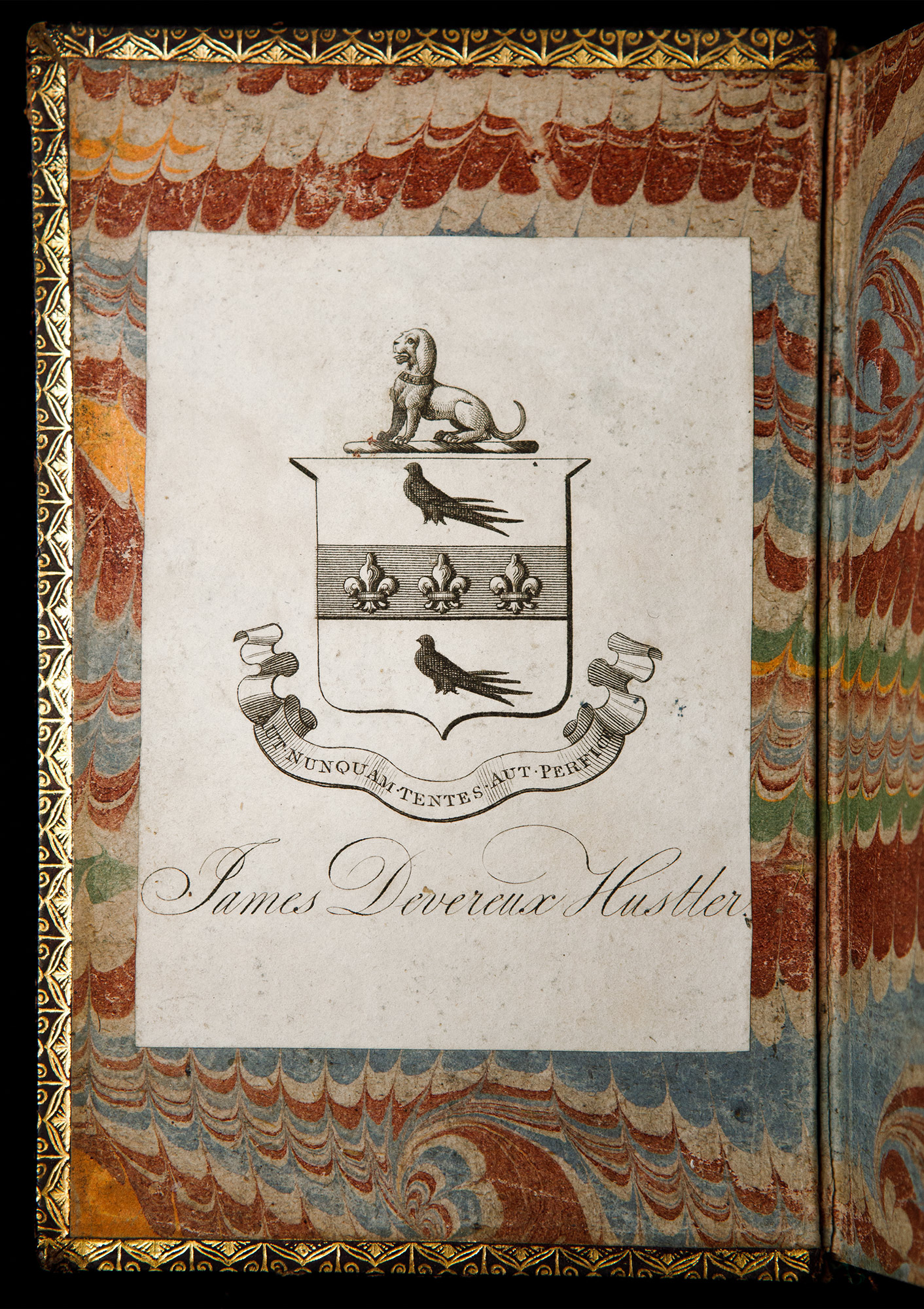 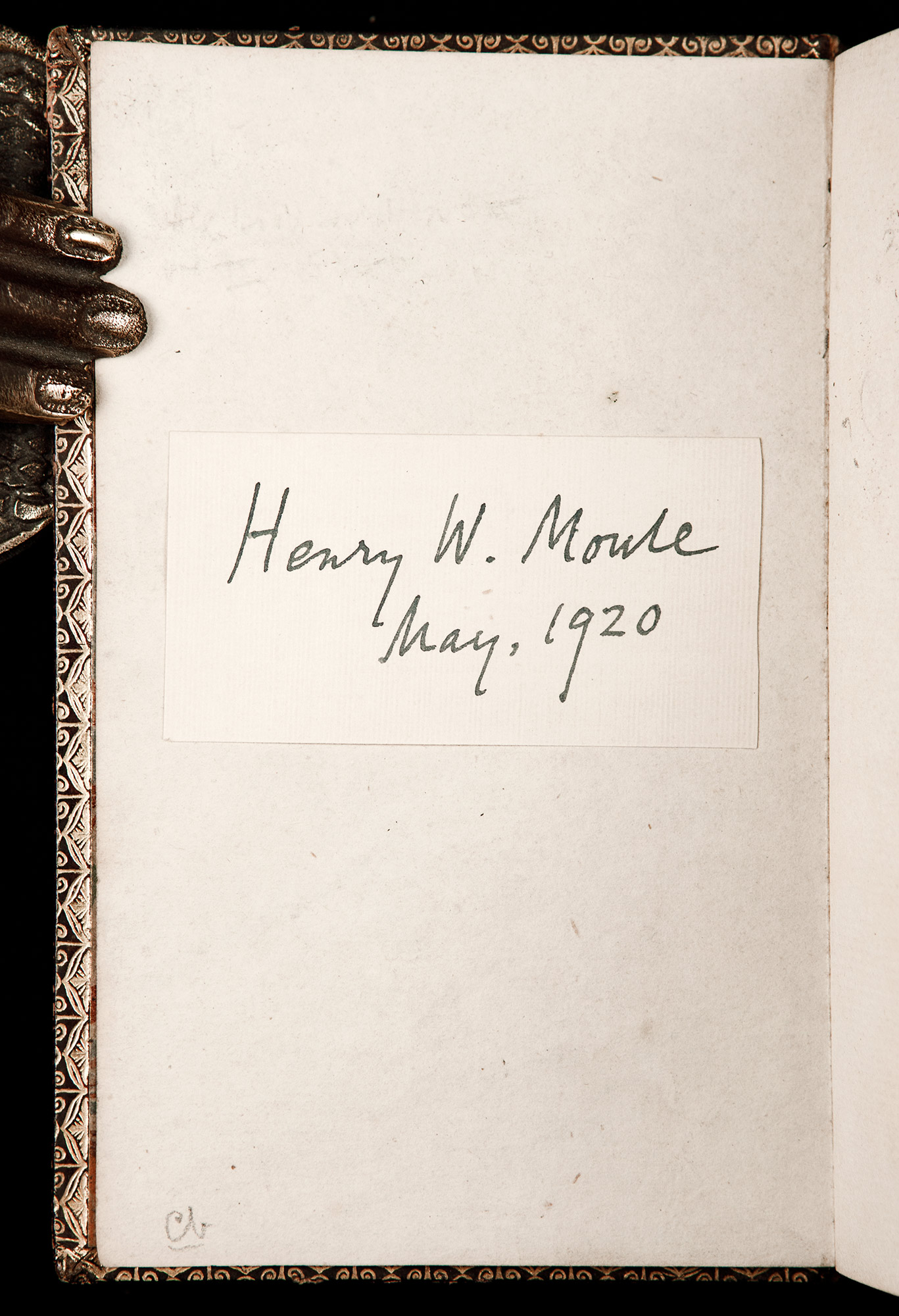 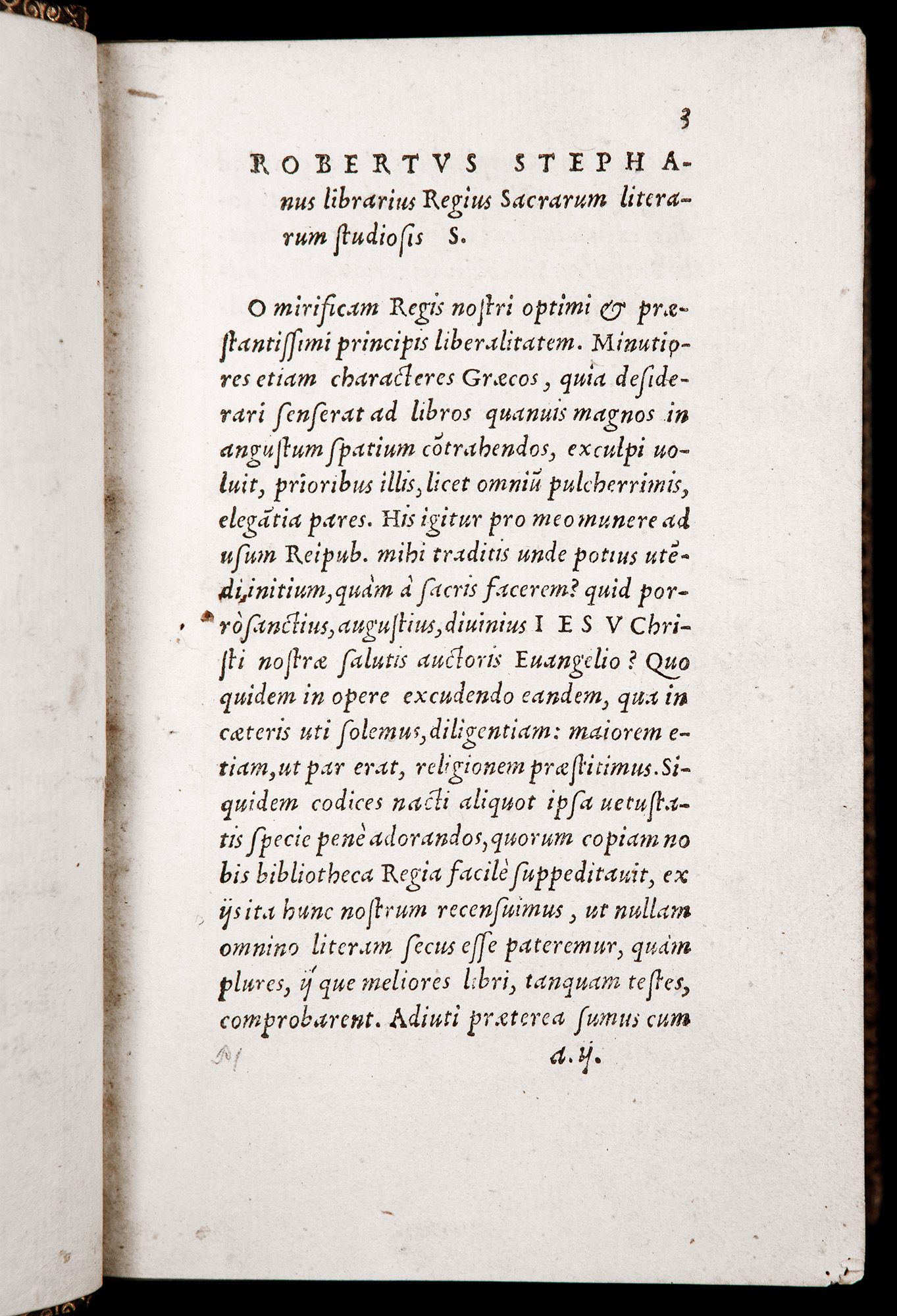 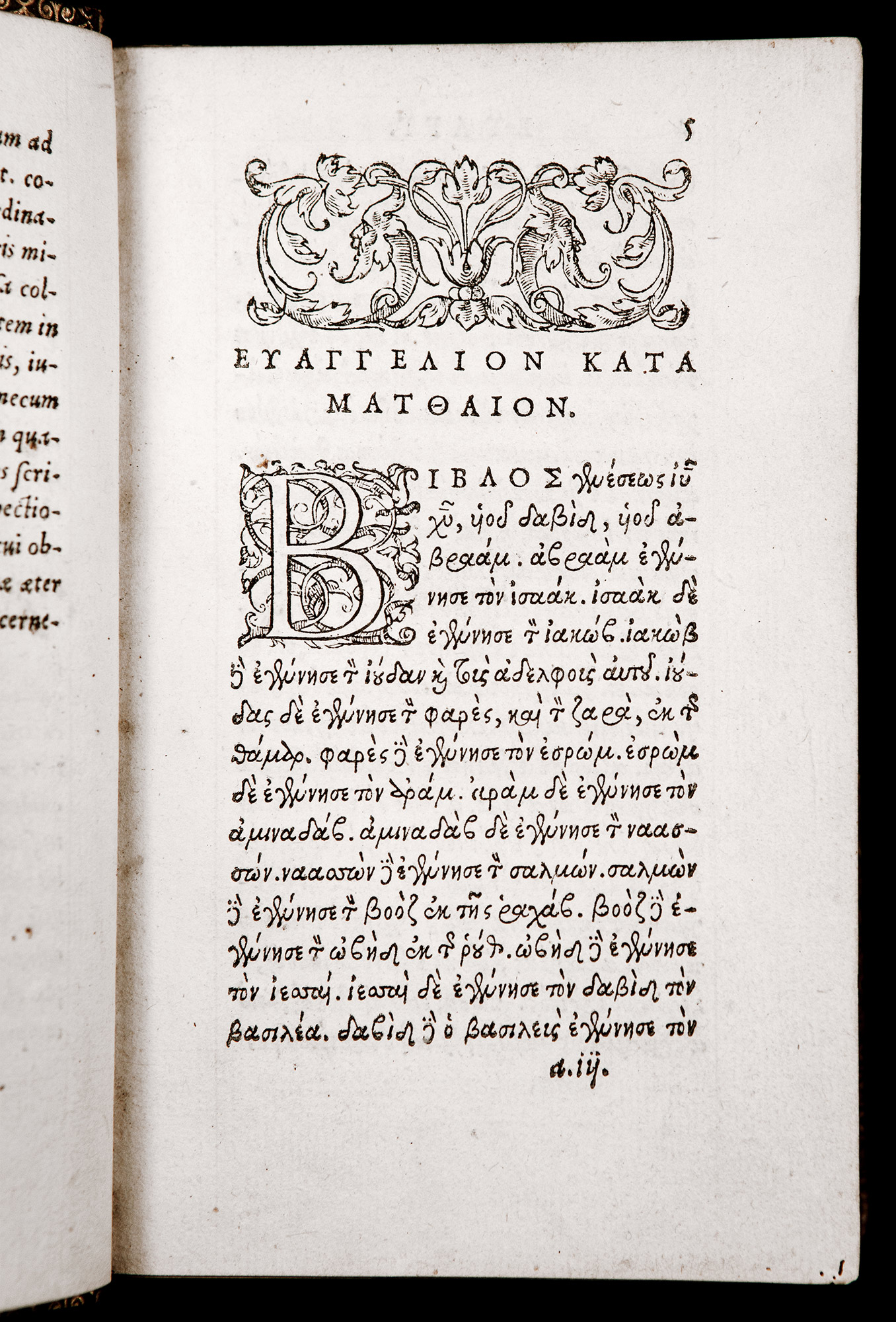 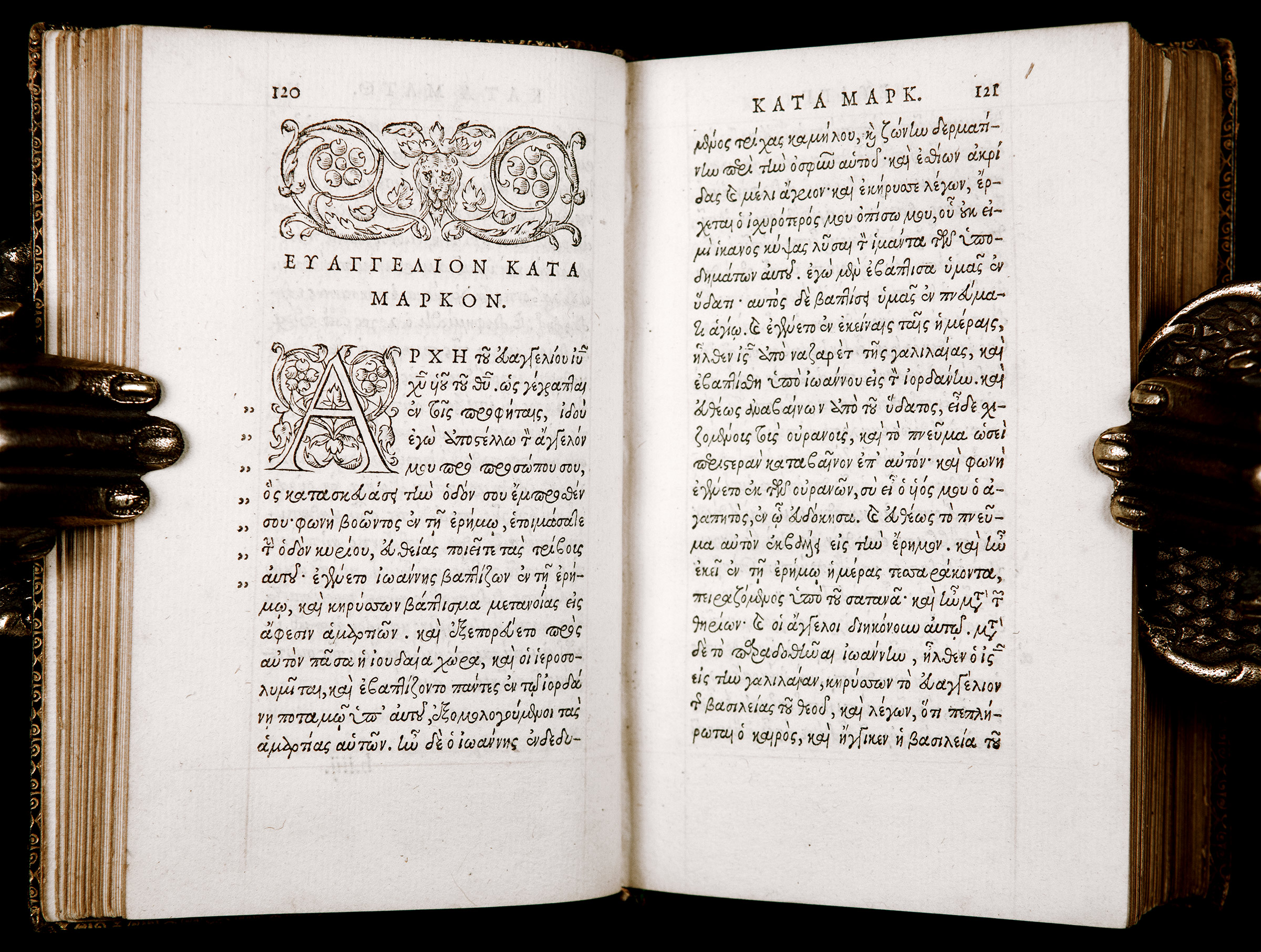 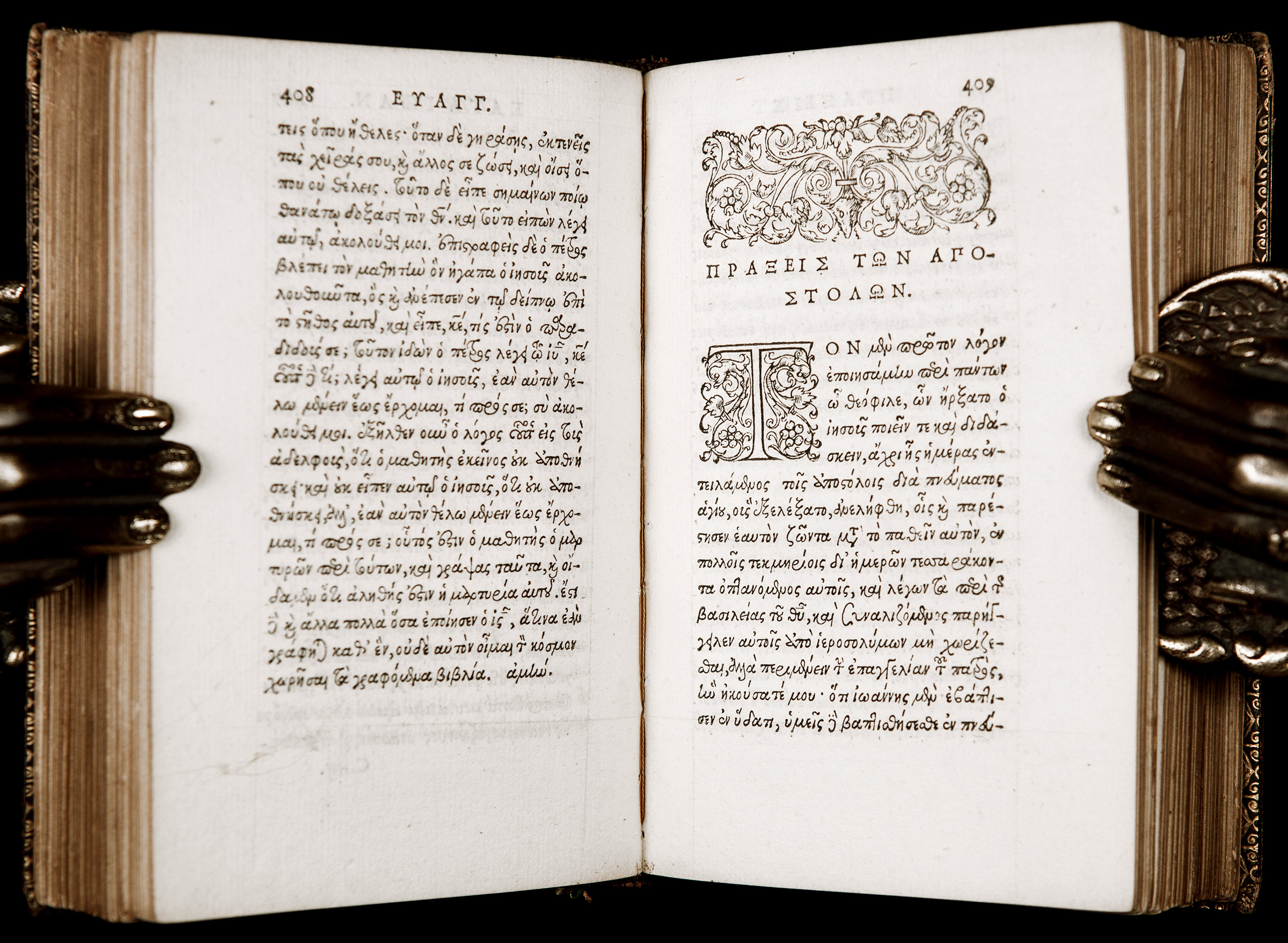 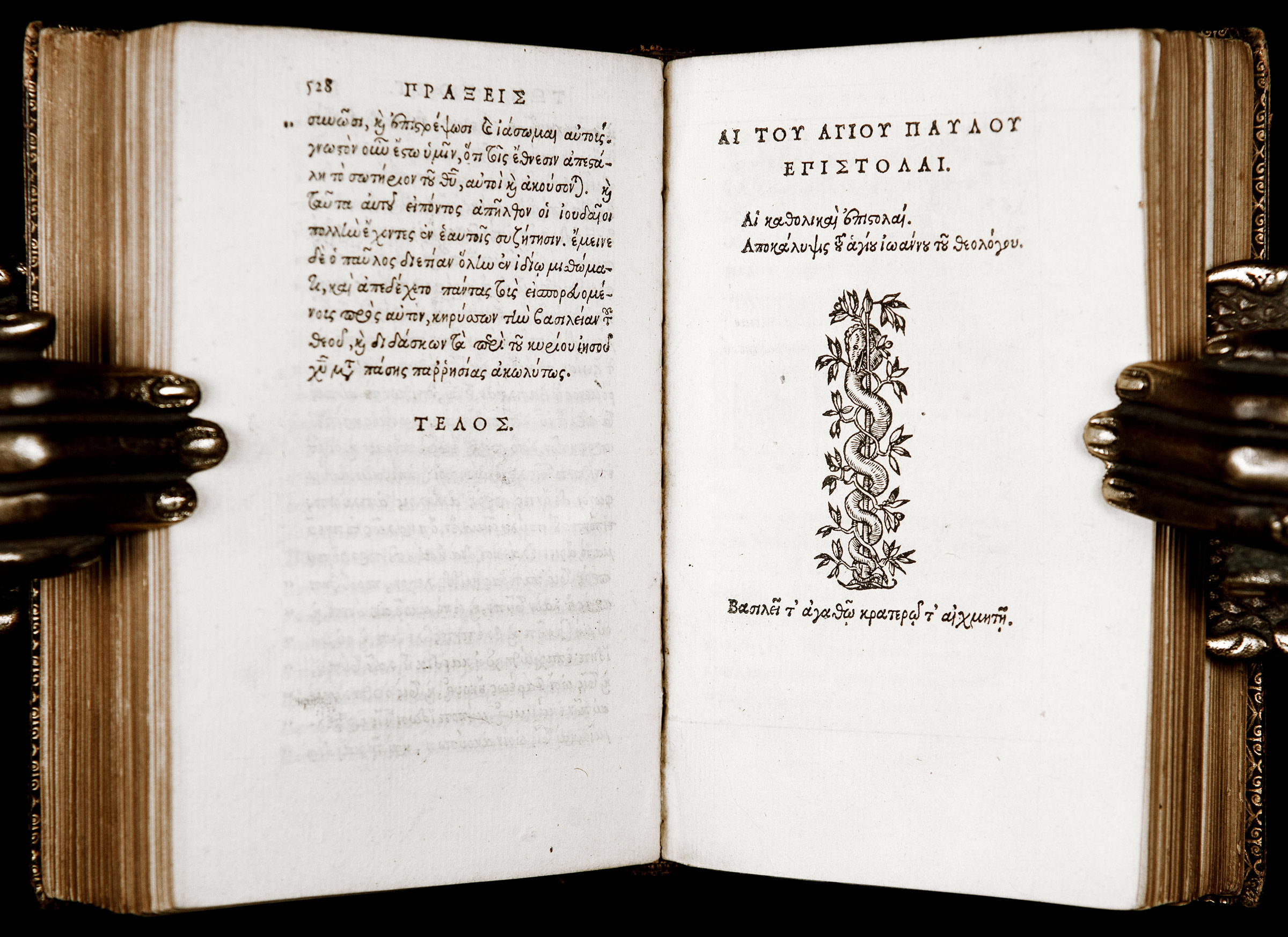 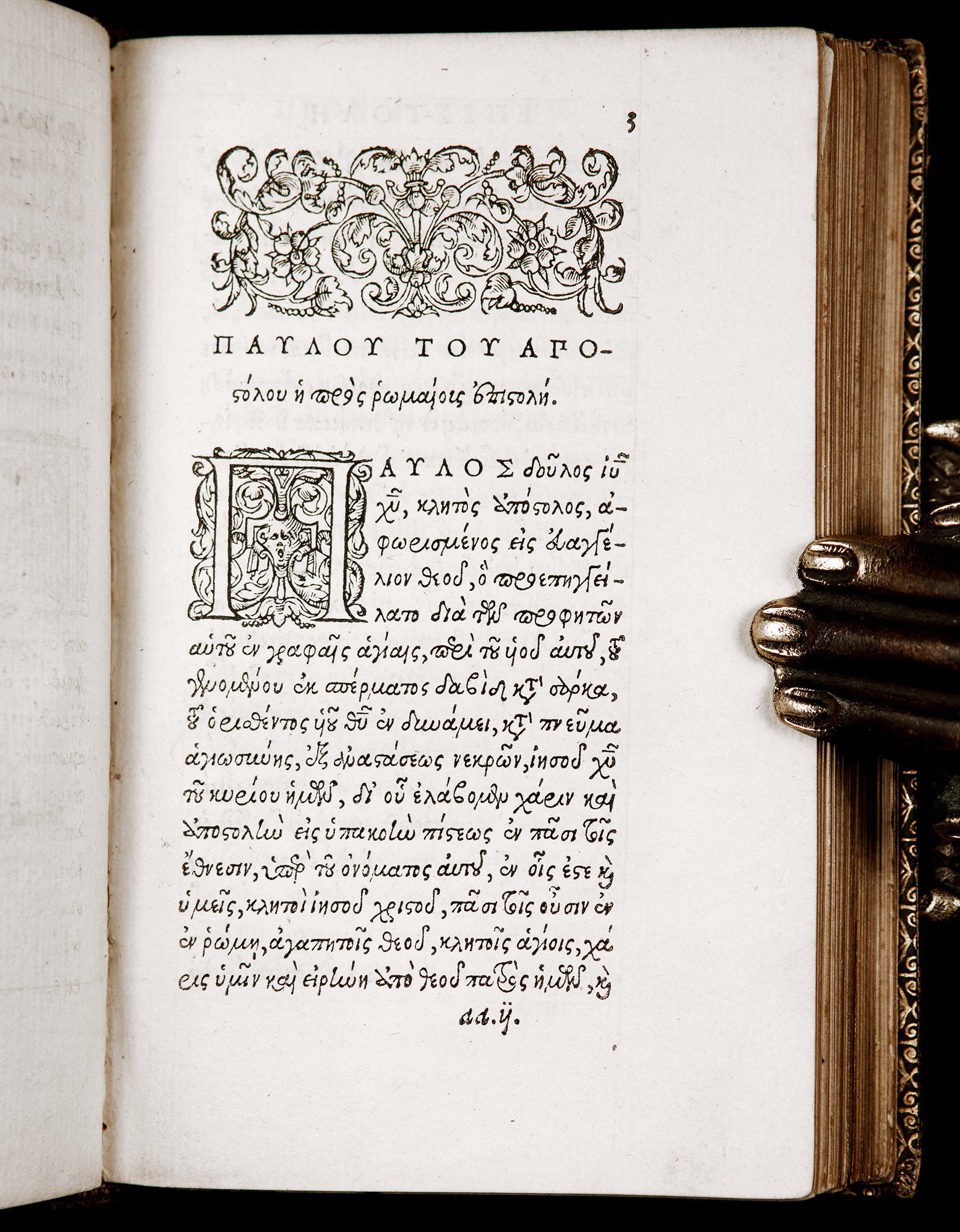 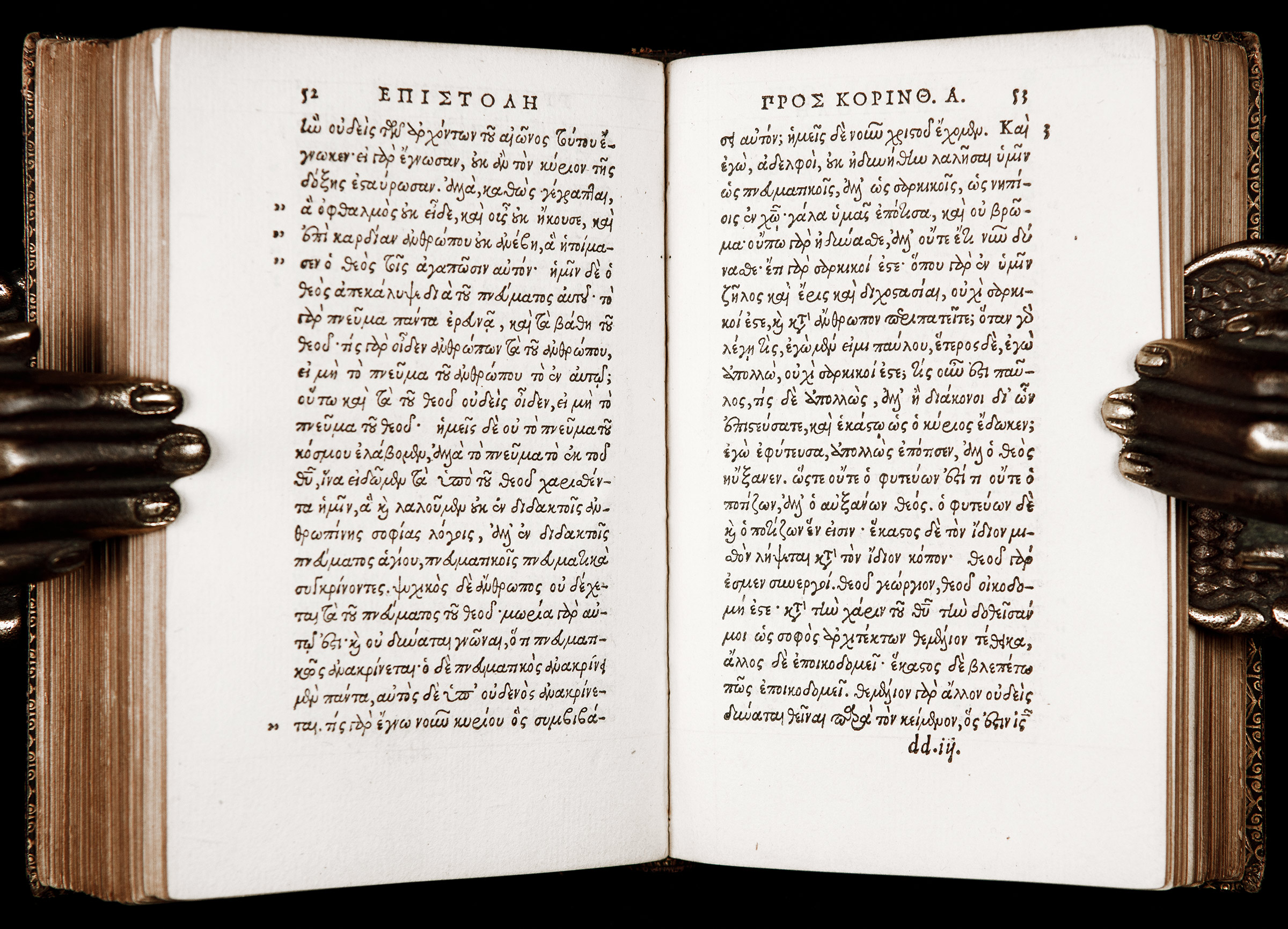 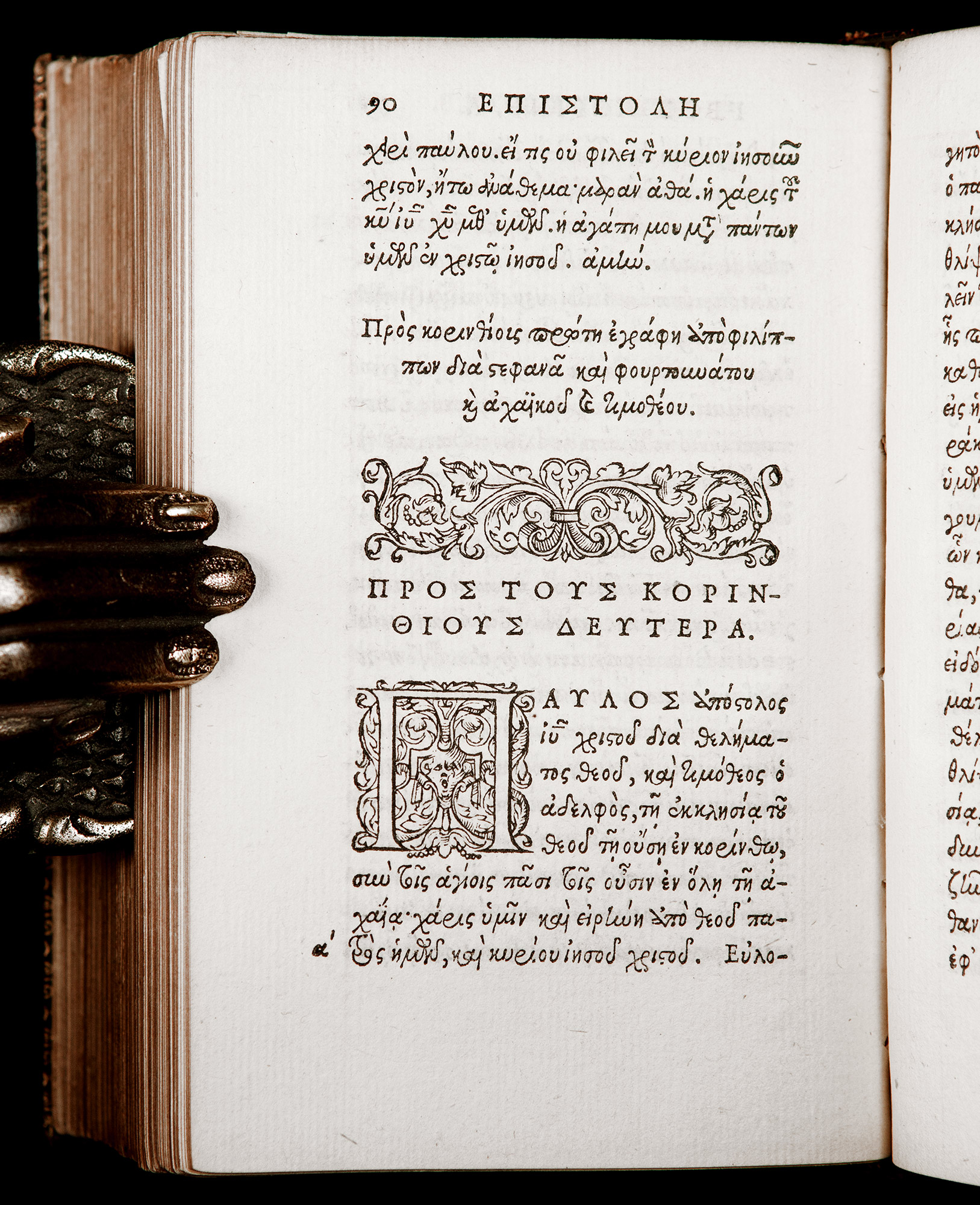 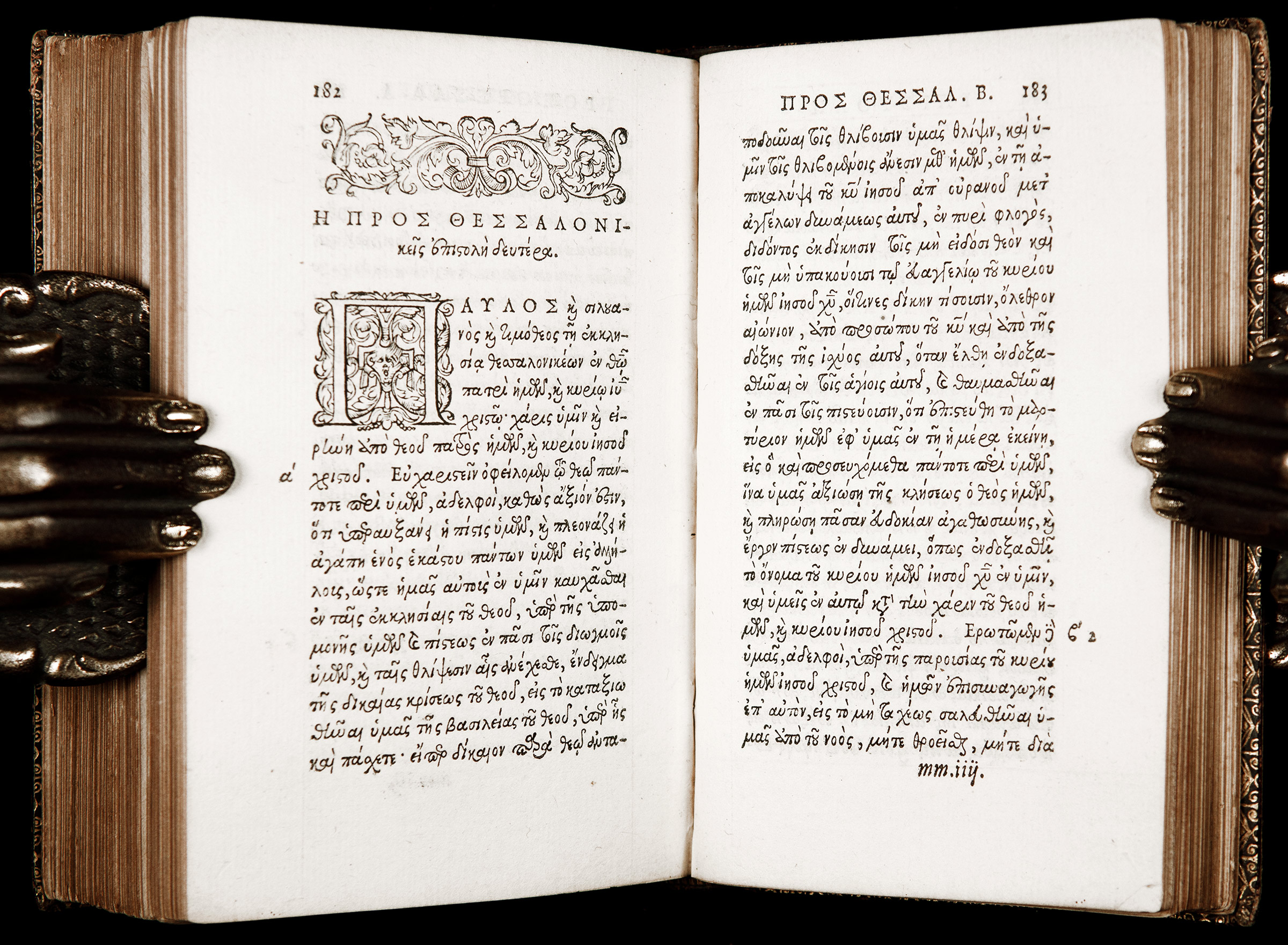 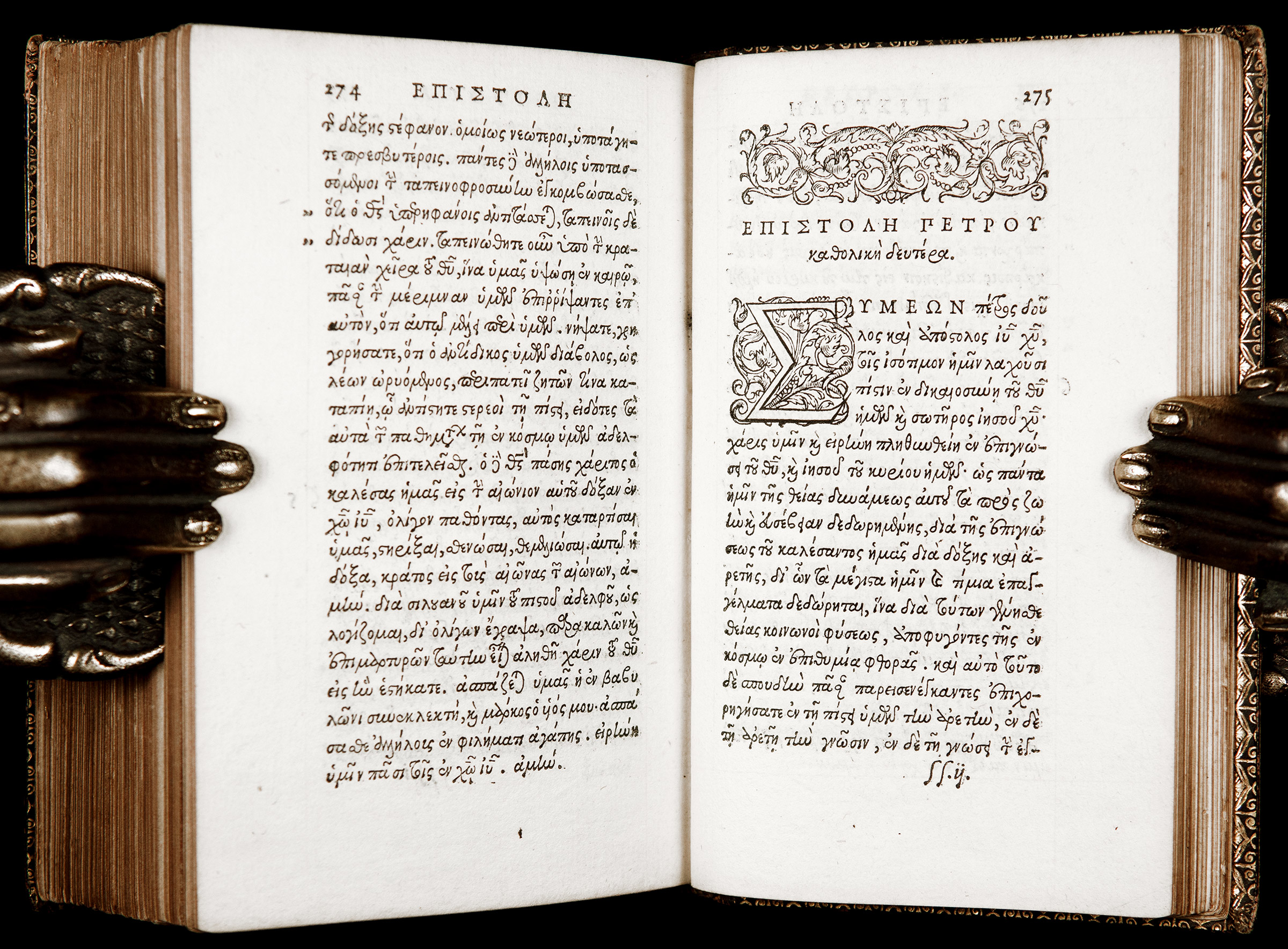 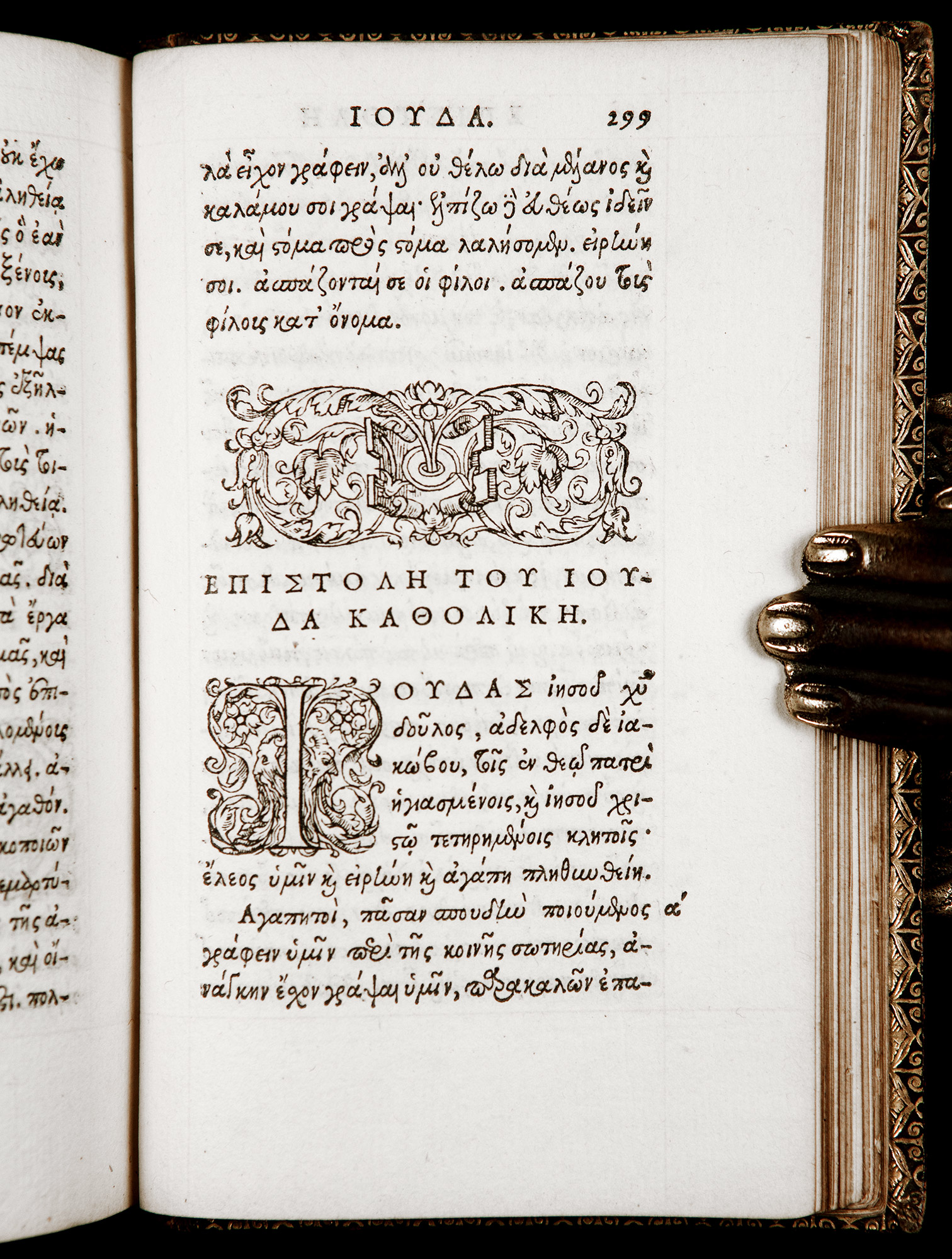 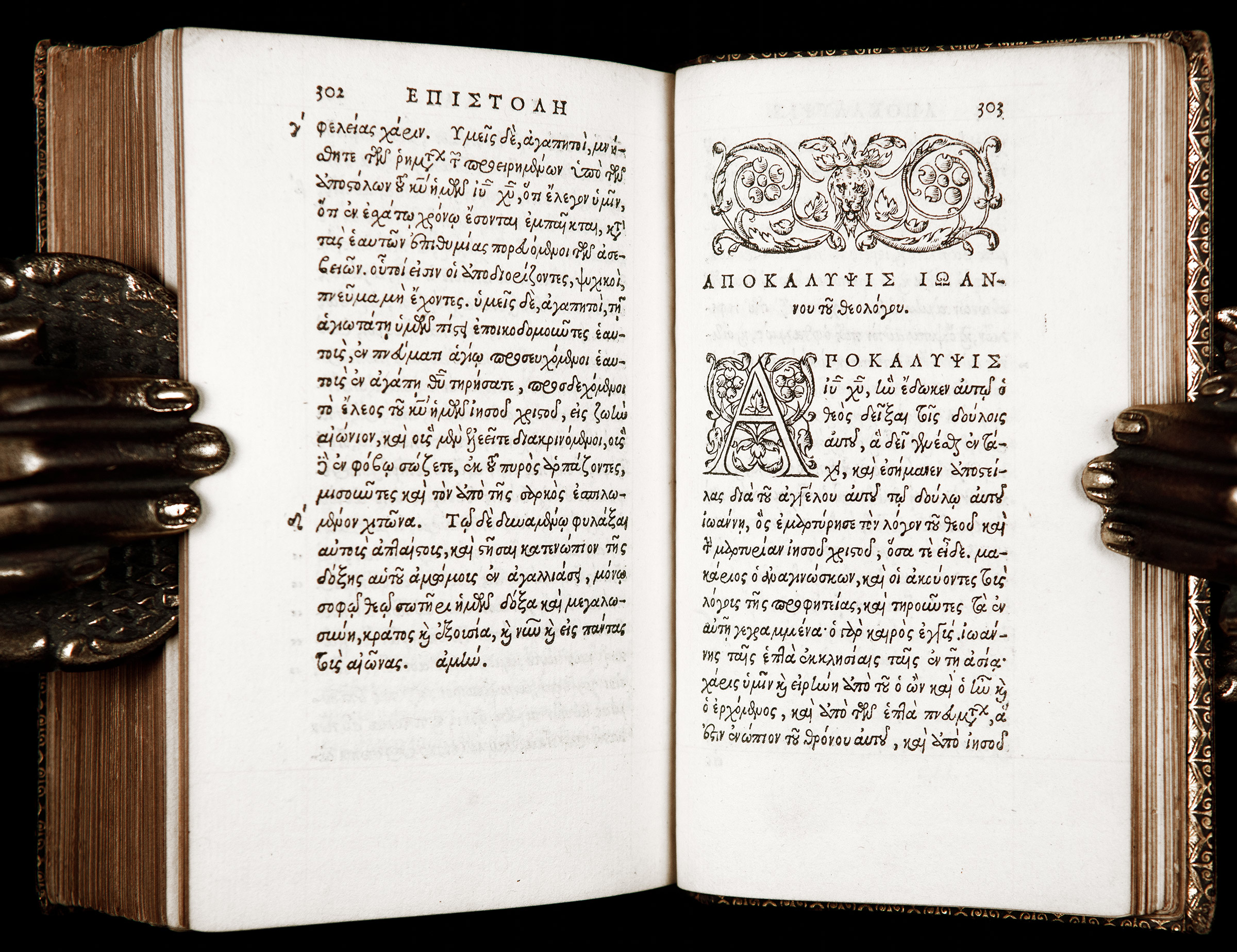 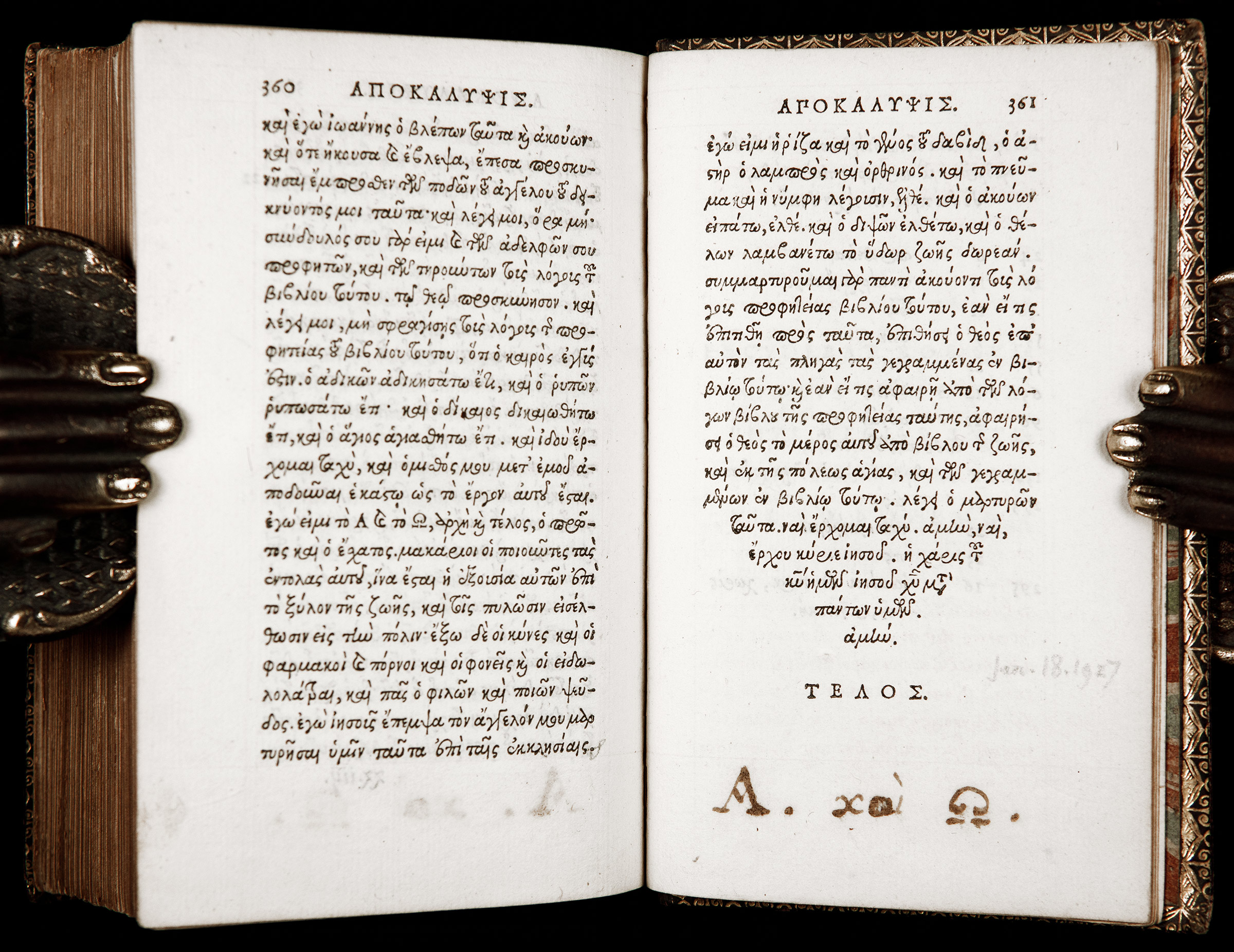 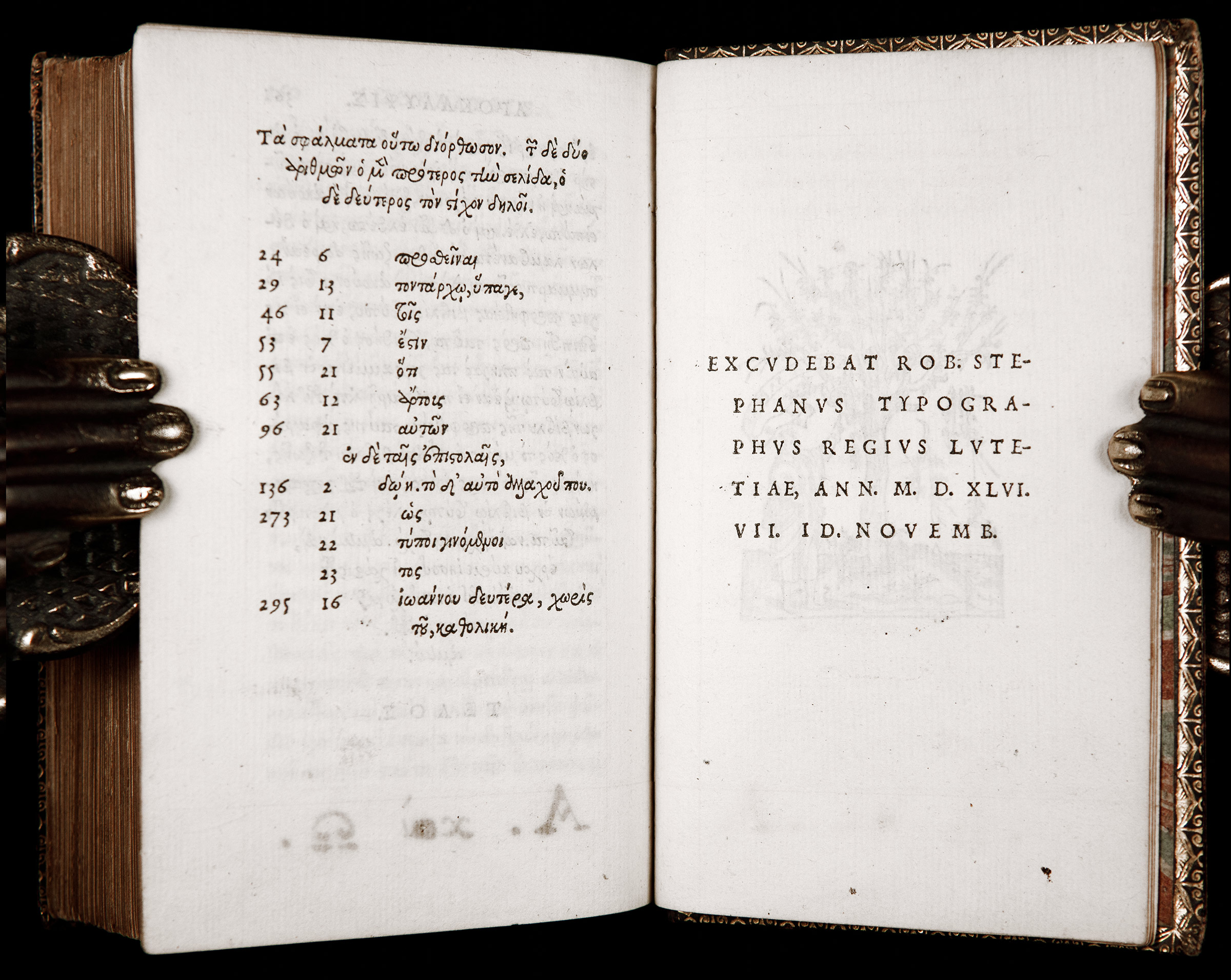 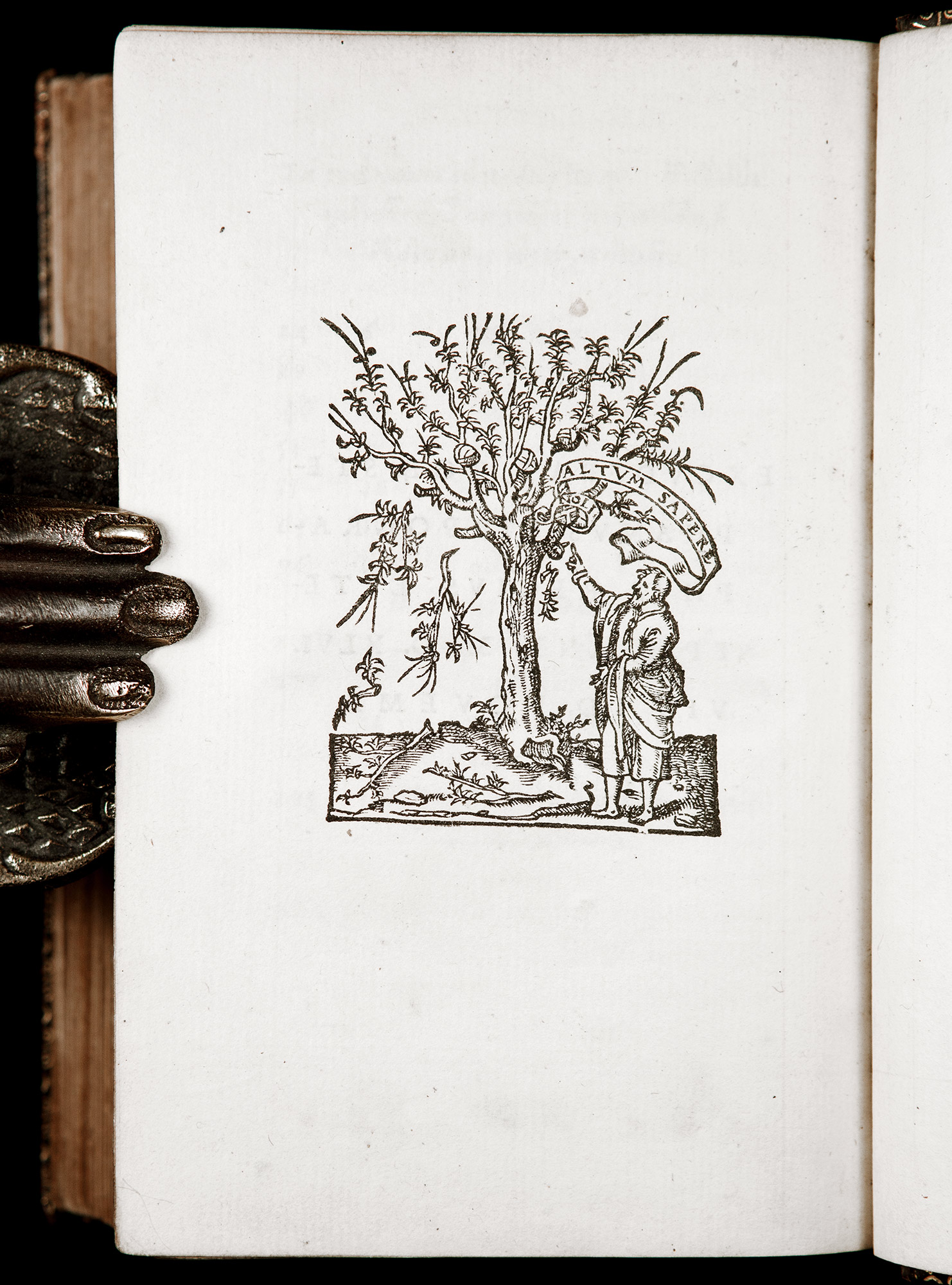